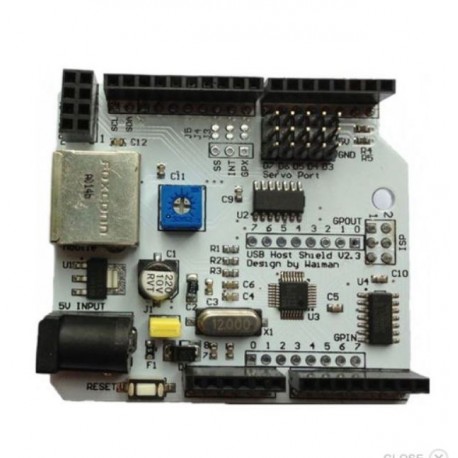 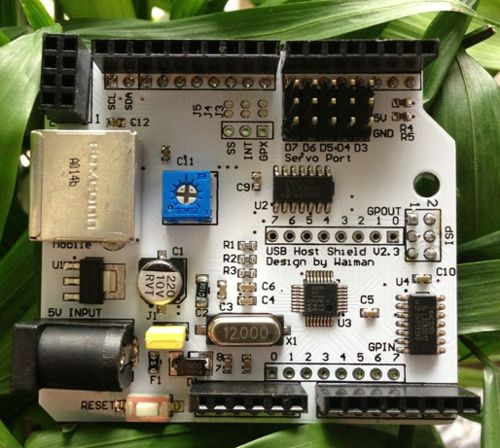 Compared with the old version, this new version have some nice change as below :
1、The USB adopt original Foxconn interface. 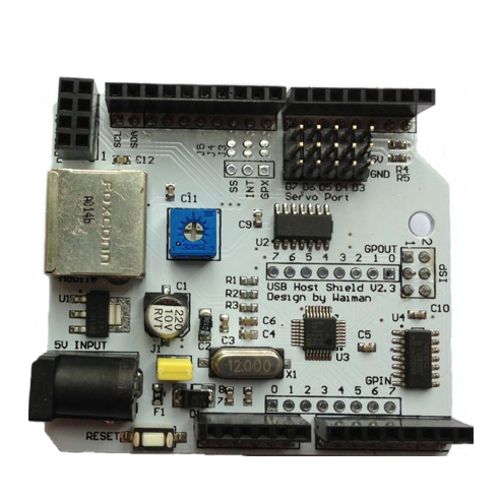 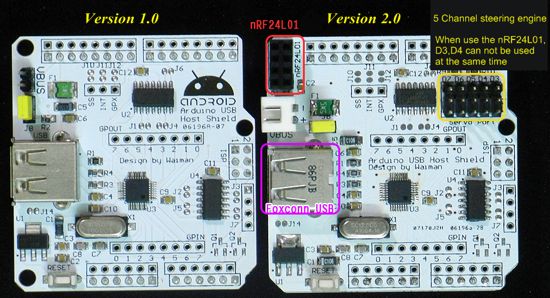 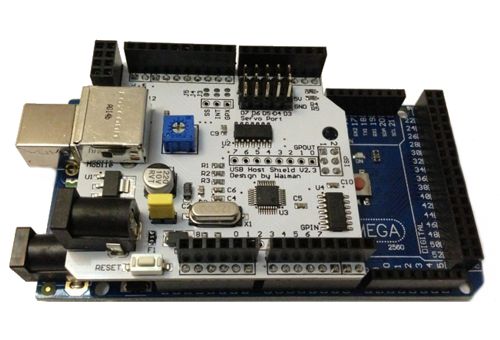 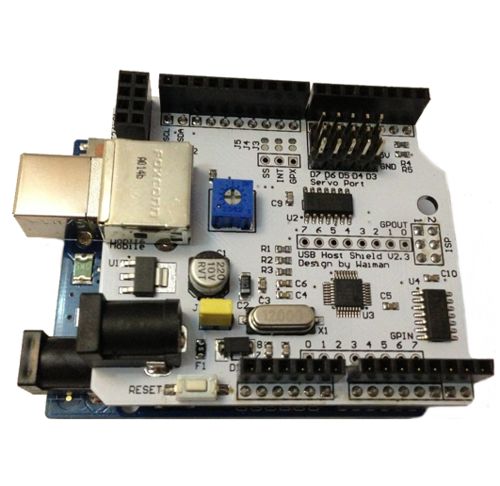 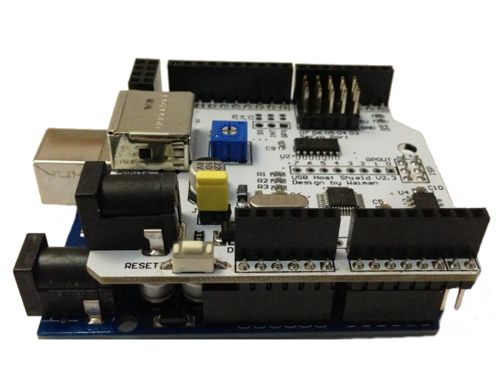 7、The SPI interface has been moved to ICSP header making shield compatible out of the box with “big” Arduinos – Mega and 2560. Standard size boards, such as Duemilanove, UNO, as well as clones with classic connector layout, are also compatible with this revision of the shield. This compatibility is maintained on a software level as well – all necessary code changes are performed using conditional compilation preprocessor directives.

8、USB connector has been moved to the opposite side of the board. All external connectors are now in the same place making enclosure layout easier.

9、MAX3421E RESET line is no longer handled by dedicated Arduino pin. While MAX_RESET pin is still used in current version of USB Host library, it will be dropped from the next major revision of the code.

10、Besides “Mega-formfactor” compatibility, connecting to Arduino SPI signals on ICSP connector has several advantages. First of all, in this layout traces are much shorter and as a result, the shield works more reliably at higher SPI speeds and/or larger signal and power noise. Second, since the 2X3 connector, which comes bundled with the shield, is of ‘stackable’ variety, it is possible to connect AVR Dragon or other ICSP programmer to Arduino while Arduino ADK Shield is mounted – picture on the left shows the arrangement. Finally, pins 11-13, occupied by SPI signals on “classic” Arduinos, are vacant on Megas and also uncommitted on the shield.
Therefore, they can be used for other purposes without USB library code modifications. 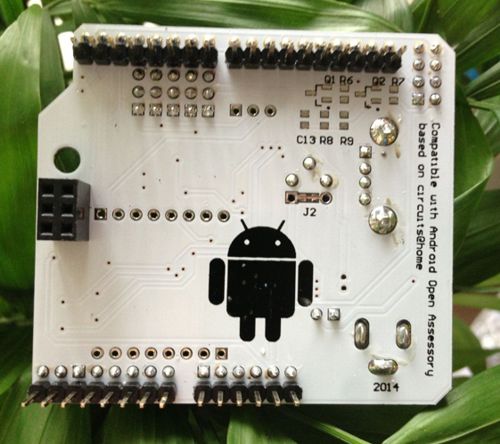 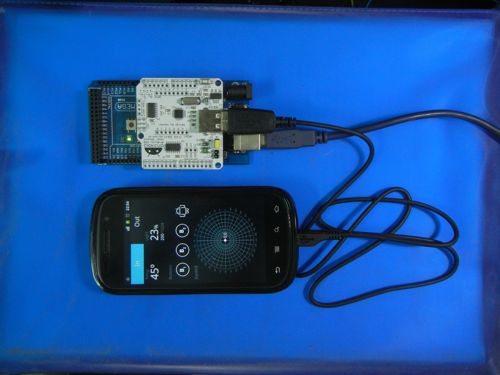 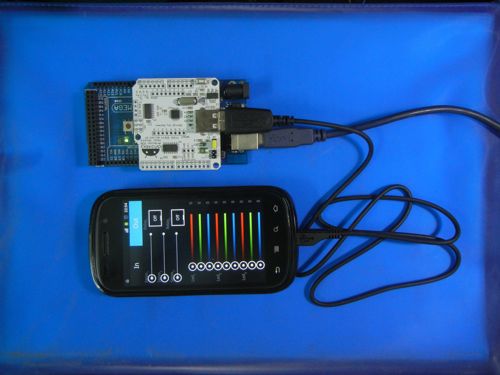